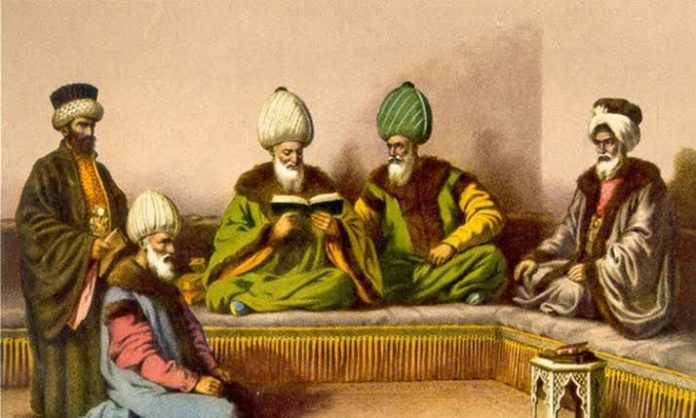 The Ottoman Empire had ruled, for better or worse, a vast collection of lands for about 600 years. While ruling an empire from Anatolia to Morocco, they employed a very systematic structure of ruling personnel class. That privileged ruling class was called “Asker” and the rest of the Empire, the community, was called “Reaya”. The “Asker” class branches into three; the first and most famous one is “Seyfiyye”, which was primarily concerned with the military and ruling aspects of the Empire, the second one is “Kalemiyye” which was the diplomatic class who dealt with the paperwork. The last and most privileged amongst the “Asker” class is “Ilmiyye” which was the complete body of the Empire, from education to the justice system. This was the Ilmiyye class who policed the laws, educated the students, and protected the rights of people. The main aim of this article is to form a frame for Ilmiye class, its members, its functioning, and some well-known people from this class as much as possible. Due to the lack of certain suffixes and prefixes in English, I employed certain suffixes (s/ es) in parenthesis to show their plural form.

As in other Islamic states and empires, in the Ottoman Empire, the class whose duty is to reveal knowledge and reality by doing science was immensely important. In Ottomans, Ilmiyye class is the class which consists of Muslims and mostly Turks, who have graduated from madrasah with ratification, called icazet, and permission, and who are occupied in issuing fatwas and enacting laws by going into sacred texts such as Quran and the sunnah of the Prophet Muhammad (İpşirli, 2000). In Islamic tradition, since knowledge (‘ilm) and justice are closely related to the religion itself, in our case Islam, most of the scientists and jurists of Muslim empires are men of the cloth.

It would be beneficial to define and introduce the key positions in Ilmiyye. First and foremost, the core element of the whole Ilmiyye class is “Kadı”. Its systematization was created by Mehmet The Conqueror. After they graduate from the madrasah, students have to go on a training course called Mülazemet (İpşirli, 2020). They have been appointed to their positions during a certain time called Müddet-i Örfiyye (Customary Time) which is approximately two years (Ortaylı, 2018). They were being appointed to every single corner of the empire they were the symbols of empery and the sultanate (Ortaylı, 2001). As might be expected, not every Kadi positions are at the same level and importance. There are low-level Kadi positions called Kaza Kadılığı (Township Kadi(s)), and there is high level and very important positions called Mevleviyet. Mevleviyet positions are immensely important and, because of their importance, they need to improve their
education and merit. The people who have the mevleviyet positions were entitled as Mevâli. Mevleviyet positions were divided into four-degree, the most important ones are “Bilad-ı Hamse (The Five lands which are Damascus, Bursa, Egypt, Plovdiv, and Edirne) and Haremeyn Kadılıkları (Two Sacred Lands Kadi(s) which are Makkah and Madinah), after respectively Rumelia and Anatolia Kadi and Istanbul Kadi (Unan, 2004). If we have wanted to talk about the duties that Kadi had to do, we will immediately understand that Kadi is not just a judge or law officer. One of his duties is to provide a safe transit and apparatus for the army in times of campaign. He was also responsible for the local security with Subaşı (commissioner of police) and his local gendarmerypower. He was also responsible for the duties of the notary’s office, he is the one who approves the documents of local people and ensures their trade and agreements. One of his responsibilities is to inspect the architectural documents of a certain building to check whether it is permissible by the law. Last but not least, he has the duty of patrolling and stalking the market (Ortaylı, 2018). In Ottoman Empire, it is one of the extreme felonies which altered and manipulated the prices of goods and materials which are crucial for the community. It is impossible to sell goods under the limit which was settled upon by a certain guild. Since it is predatory pricing and has not any side which is allowed by Islamic and Customary Laws, and it aims to eliminate the competitors, this kind of act is harshly and severely punished by Kadi(s). Such that, sometimes the punishment which Kadi has adjudicated upon can be severer than it should be. If this is the case, every single person in the Ottoman Empire had the right to appeal to Kazaskerlik Dairesi (Kazasker Office) to demand the case to be heard again. If this is the case, the case was heard by Kazasker or Sadrazam (Grand Vizier) himself.

As I mentioned before, the law is exceedingly bound with religion. Due to that, while giving a ruling, they excessively consult to the fatwas of mufti, the person whose duty is to give fatwas when they are asked by the people and kadi. Sometimes, Kadi can ask a certain topic if he cannot solve the case with available and present fatwas. When they asked the Mufti, if there is not another circumstance related to the case, they are strictly needed to obey the fatwa provided by Mufti. Peradventure they do not, they need to inform the Kazasker Office. All the fatwas issued by Şeyhülislam (Shaykh al-Islam, head of the Ilmıyye class and the most authorized religious man in the Ottoman Empire) were rigorously needed to be abided by all the Kadi because fatwas of Şeyhülislam was considered as law.

Now, we can briefly introduce the rest of the members of the class. Since we have talked about virtually everything to do with the kadi, we will jump to Kazasker who is the head of the justice system. The history and the roots of the Kazasker office date back to the early times of the Islamic Empire of the Prophet Muhammad (PBUH). In the times of the prophet, the prophet himself heard the cases amongst the soldiers, nonetheless, after his decease, caliph Umar Ibn Hattab appointed a person as army kadi for the first time in history, called kadilcund (literal translation is army kadi), and the history of army court has started in Islam. This position has evolved so many times until it became its last and, maybe, absolute phase, Kazasker (The word comes from kadi (قـــاضـــي) and asker (عـــسكر)). This position has legally established in the reign of Murad The First, Hüdavendigar, in 1361 (İpşirli, 2021). Nevertheless, its institutionalization has completed in the times of Mehmet The Second, The Conquerer, and divided into two, known as Rumeli and Anadolu Kazaskerliği. Since they are superior to ordinary kadi and all of the mevleviyet kadi, they usually hear the cases in which there are doubts of one of the sides and also some serious cases that lead to domestic turmoil. He has been responsible for the cases related to murder, inebriety, debauchery, burglary, adultery, and homicidal attempts by a weapon. (İpşirli, 2021) Kazasker was a kind of court of cassation or supreme court because if there is dissatisfaction about the decision given by any kadi, everybody has the right to appeal for the Kazasker for the case to be heard again.

Our yet another member of the Ilmiyye Class is Şeyhülislam. As it can be understood from the name, he is “the head of the Islam and Ilmiyye”. He was the superlative amongst all members of Ilmiyye. He is the most knowledgeable and liable person between the ulema, or maybe this is the aim. Unfortunately, despite his all privilege, his authority and duties are limited when it comes to comparing with Kazasker. In Ottoman Empire, the Mehmet The Conquerer was the person who initially used Şeyhülislam word for describing the head of the ulema. Nevertheless, until the time of Suleyman The Magnificient, this position remained lower than Kazasker. When soon-to-be very renowned scholar, Ebussuud Efendi, introduced its commentary on Quran to Suleyman The Magnificient, the wage of this position has suddenly jumped, and literally, Şeyhülislam became the leader of the ulema and ilmiyye, both materially and spiritually (Uzunçarşılı, 2014). After that incident, Şeyhülislam has been started to hold responsible for the appointments of Kazasker(s), Mevali Kadı(s), all of the muderris positions (madrasah scholars whose duty is to educate the students), just for the desire of the administration of making Şeyhülislam as an important person. However, Şeyhülislam, despite all of his privilege, was not a member of Divan-ı Hümayun (An imperial council led by the Grand Vizier where extremely important legal topics are discussed), however, sometimes he could be invited when it is thought that he can help to overcome a specific topic. Şeyhülislam(s) are appointed by the appeal of Grand Vizier to the sultan himself. Disembodiment is also carried out by Grand Vizier. As Uzunçarşılı mentions in his book (2014), there are plenty of Şeyhülislam(s) who were either executed or beheaded due to their inconvenient behavior or their support for insurgents of certain revolts. On paper, it is virtually impossible to kill a şeyhülislam because of his religious importance and his value before the community. Albeit, in the reign of Murad IV, for the first time in history, because of doubts about him supporting the insurgents and aiming the dethronement of the sultan, Şeyhülsilam Ahî-Zâde Hüseyin Efendi was strangled (Uzunçarşılı, 2014). After that, there are a few incidents that eventually ends with the death of şeyhülislam. As I have said at the beginning of the article, the main aim of this paper was to provide basic information about a backbone class of the Ottoman Empire, Ilmiyye. All the errors and wrong interpretations made by me should be excused. My greatest thanks to dear Mehmet Ipşirli, Ilber Ortaylı and Ismail Hakkı Uzunçarşılı for their incomprehensive efforts to illuminate the area of Ilmiyye. This paper remains unfinished because of the immensity of the topic. Readers are strictly advised to dig deep into the books of aforesaid scholars to obtain enough and trustworthy knowledge. 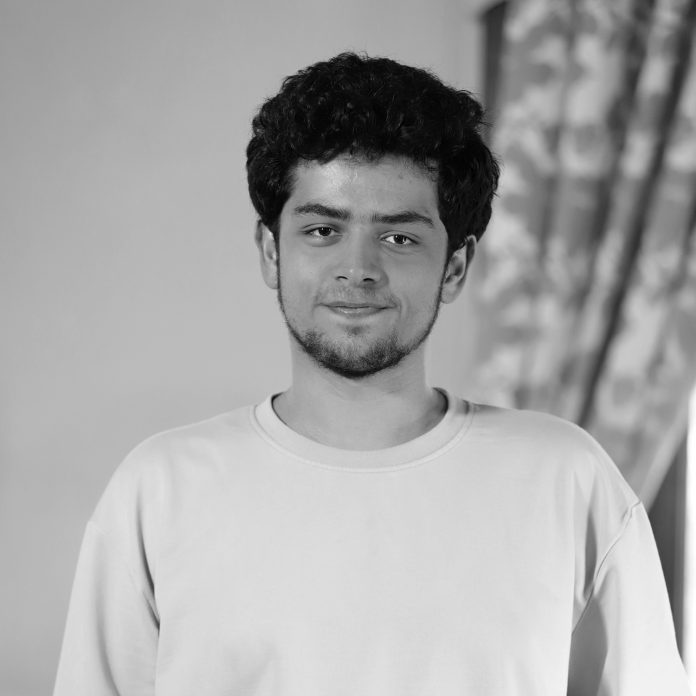